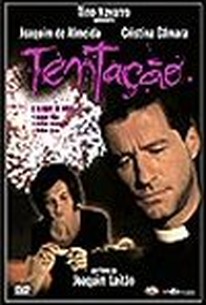 One of Portugal's most popular films of 1998, and the winner of three of that country's Golden Globe awards ("Best Film," "Best Actor" for Joaquim de Almeida, and "Best Director" for Joaquim Leitão), this drama recounts the tragic story of a Catholic priest who finds himself unable to resist the temptation offered by a troubled woman trying to start a new life. Set in Vila Daires, a small northern Portugal town, it begins with Lena's release from jail. A hardcore drug addict, Lena (Cristina Camara) immediately takes up where she left off. Wanting to help Lena, Father Antonio (Almeida) offers to give her swimming lessons. Though all is done innocently and with the best intentions, the two quickly become close friends, something the townsfolk find shocking. Still, the friendship persists, and just when it looks like Father Antonio is having a positive effect on Lena, a tragedy befalls her family, sending Lena into a self-destructive tailspin that causes the compassionate Father Antonio to cross the line between them and leading both characters to tragedy. ~ Sandra Brennan, Rovi

There are no critic reviews yet for Tentação. Keep checking Rotten Tomatoes for updates!

There are no featured audience reviews for Tentação at this time.