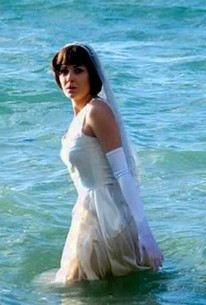 Love, passion, responsibility and loss follow a man over the course of half a century in this powerful drama from Egypt. In 1948, Hassan (Khaled El Nabawy) is working his first day on the job for a telegraph company when he has to deliver a telegram to Noura (Cyrine Abdelnour), a beautiful woman who is waiting on a ship docked in the harbor. The message is from Noura's fiancé, but when Hassan sees her, he acts on an impulse, and by the end of the day he's slept with Noura. In 1973, Hassan crosses paths with Noura again; her brother is in the hospital, and Hassan happens to meet Nadia, the beautiful woman's daughter who he may have fathered. And in 2001, elderly Hassan (now played by Omar Sharif) visits Cairo and meets Ali, Nadia's son, and both are taken aback at the similarities between them. Al Mosafer (aka The Traveler) was the first full-length feature from director Ahmed Maher; it was also the first feature film in over three decades to be funded in full by Egypt's Ministry of Culture.

Critic Reviews for The Traveller

There are no critic reviews yet for The Traveller. Keep checking Rotten Tomatoes for updates!

Audience Reviews for The Traveller

There are no featured audience reviews for The Traveller at this time.