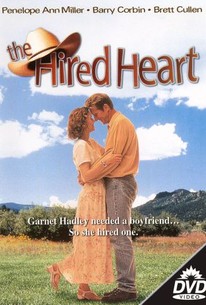 Rural Wyoming is the setting for this made-for-cable romantic drama with ribald comic overtones. It has been two years since the husband of young Dr. Garnet Hadley (Penelope Ann Miller) was killed by a wild bull, but Garnet is still in love with her deceased soulmate and has no intention of remarrying. This doesn't stop Garnet's overbearing father-in-law Mike (Barry Corbin) from trying to match her up with every eligible bachelor in the county--most of whom are textbook examples of the word "loser." Finally, Mike resorts to extortion, using financial pressure to force Garnet to attend an upcoming country centennial fair with a male escort. Aided and abetted by her best friend Jill (Barbara Gates), Garnet tries to pull the wool over Mike's eyes by hiring Jill's brother, aspiring composer Bryan (Brett Cullen), to pose as her lover--even going so far as to stage a bedroom scene to convince Mike to mind his own business (nothing really happens, of course, but it sure looks convincing!) The fun really begins when Jenny (Allison Hossack), the long-distance girlfriend of Brett, shows up at the fair, just as Brett has begun to fall in love with his cardboard sweetie. Originally pitched as a theatrical feature (undoubtedly with bigger "names" in the cast), The Hired Heart made its Lifetime network bow on October 13, 1997.

Don Enright
as Bill
View All

Critic Reviews for The Hired Heart

There are no critic reviews yet for The Hired Heart. Keep checking Rotten Tomatoes for updates!

Audience Reviews for The Hired Heart

There are no featured audience reviews for The Hired Heart at this time.