The Land of Oblivion 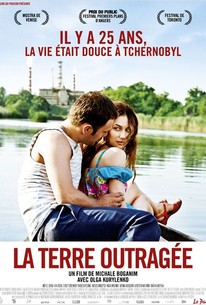 The Land of Oblivion

The Land of Oblivion Photos

A handful of people are forced to reexamine what love, family and community mean to them in the wake of a disaster in this drama from director Michale Boganim. It's April 26, 1986, and Pyotr (Nikita Emshanov), a fireman, has just wed his fiancée Anya (Olga Kurylenko), but the celebration is cut short when black rain begins to fall from the sky. Pyotr and Anya live in Pripyat, not far from the Chernobyl nuclear power plant, and soon he's called away to help fight the fire at the plant, unaware the seriousness of the situation there. Meanwhile, the nearby villages are evacuated, but Nikolai (Vyacheslav Slanko) is a farmer who refuses to leave his home no matter what, and Alexei (Andrzej Chyra) is an engineer who helps deal with the situation at home after sending away his wife Lena (Natalya Barteva), and son Valery (Vladyslav Akulyonok). Ten years later, Pripyat is a waste land, still contaminated by severe radiation, and Anya makes a living giving tours of the village, showing the curious how the area was devastated by Chernobyl. Anya hates what's become of her village but can't bring herself to leave, and her ambivalence grows worse when teen-aged Valery (now played by Illya Iosivof) comes back to see his hometown but soon disappears. La Terre Outragee (aka Land Of Oblivion) received its North American premiere at the 2011 Toronto International Film Festival. ~ Mark Deming, Rovi

Nicolas Wanczycki
as Patrick
View All

Critic Reviews for The Land of Oblivion

Audience Reviews for The Land of Oblivion

The Land of Oblivion Quotes