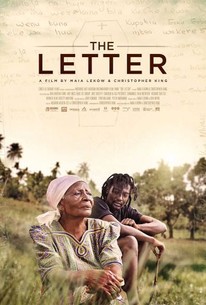 Karisa's city-life is interrupted when his Grandma back home is called a witch. Returning to his rural village to investigate, he finds a frenzied mixture of consumerism and Christianity is turning hundreds of families against their elders, branding them as witches as a means to steal their ancestral land. As Karisa delicately navigates between his disputing aunties and uncles, the love for his Grandmother and her fearless spirit must overcome the imminent danger of the accusations against her. The inevitable universal theme of how land is divided when an elder dies, is entangled by the chaotic mixture of traditions of the past with the newly imposed influence of western values and religion. The understated power of women, alongside the resilience of family and community shines above all else, despite the growing threat of greed and inter-generational alienation.

Critic Reviews for The Letter

Audience Reviews for The Letter

There are no featured audience reviews for The Letter at this time.