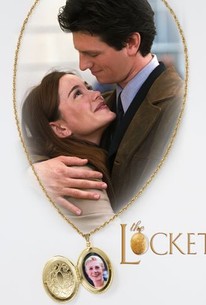 Adapted from the bestselling novel by Richard Paul Evans, the made-for-TV The Locket stars Vanessa Redgrave as Esther Huish, an elderly, embittered resident of a nursing home. Into Esther's life comes young attendant Michael Keddington (Chad Willett), who like Esther has been forced to live a life of self-sacrifice and shattered dreams. Ever since his father deserted the family, Michael has cared for his ailing mother, putting his chances for college on what seems to be permanent hold. Now that his mother is dead, Michael is facing another crisis over which he has no control: The domineering father of Michael's fiancée has refused to bless the approaching wedding. Even so, Michael makes it his mission in life to make Esther's final years as comfortable and rewarding as possible; thus, he dedicates himself to locating Esther's long-lost love, using only a faded picture in a locket as his guide. As it turns out, it is Esther who "saves" Michael when the young man is accused of murdering another nursing-home resident. A CBS "Hallmark Hall of Fame" presentation, The Locket first aired on December 8, 2002.

Critic Reviews for The Locket

Audience Reviews for The Locket