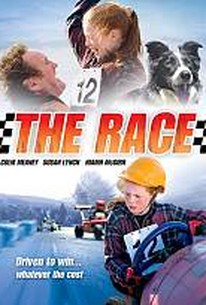 A young girl from rural Ireland dreams of one day becoming a champion race car driver, and jumps at the opportunity to compete in a local go-cart race despite the fact that the odds seem to be stacked against her. Mary (Niamh McGirr) may only be 11 years old, but she's got the spirit of a seasoned racecar driver. She lives on a County Antrim farm with her bickering parents, who are too distracted by personal and financial issues to recognize their daughter's true passion. One day, a wealthy farmer announces he'll be staging a go-cart race and encourages the local children to participate, Mary sees it as her big chance to hone her skills behind the wheel. Unfortunately for Mary, competing in the race at all is going to be an uphill challenge; her parents are dead set against it, and the kids at school tease her for wanting to make a name for herself in such a traditionally male-dominated sport. But Mary isn't one to give up without a fight, and perhaps with a little help from her best friend Tom she'll be able to build a car that will carry her across the finish line faster than anyone else.

Pat Laffan
as Minister
View All

Critic Reviews for The Race

There are no critic reviews yet for The Race. Keep checking Rotten Tomatoes for updates!

Audience Reviews for The Race

There are no featured audience reviews for The Race at this time.