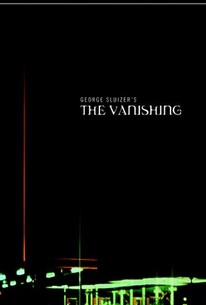 A clinical, maddening descent into the mind of a serial killer and a slowly unraveling hero, culminating with one of the scariest endings of all time.

Based on Time Krabbe's The Golden Egg, The Vanishing is a deeply disturbing psychological thriller about a young man's search for his girlfriend after she disappears at a rest stop during a short trip. Over the course of three years, the man obsessively searches for her, using his spare time to put up posters and leave handbills, hoping that someone will give him a clue to the mystery surrounding her disappearance. The kidnapper, having watched the man for some time, is intrigued by his increasing obsession and finally contacts him. He then gives the man the opportunity to learn firsthand of his girlfriend's fate. The film, frightening and moving with a chilling conclusion, is a small masterpiece as director George Sluizer confronts and examines the true nature of evil and obsession. Sluizer remade The Vanishing in an American version four years after the release of the original Dutch film, inexplicably changing the shocking ending which gave the original film such power. ~ Linda Rasmussen, Rovi

News & Interviews for The Vanishing (Spoorloos)

The 25 Scariest Movie Scenes of All Time
Now Streaming: The Returned, The New Yorker Presents, and More
New on DVD & Blu-Ray: Deliver Us from Evil, Begin Again, and More
View All

Critic Reviews for The Vanishing (Spoorloos)

Audience Reviews for The Vanishing (Spoorloos)