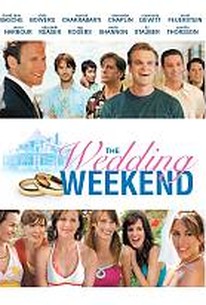 Fifteen years after their college graduation, a group of fun-loving thirty-somethings reunites for a friend's wedding, realizing just how much their lives have changed over the course of one long, nostalgic weekend. Back in 1991, David, Richard, Ted, and Will thought the world was their oyster. Flash forward a little over a decade, and aspiring software entrepreneur David is fielding tech support calls while trademark attorney Richard attempts to recover after a bitter divorce, Will runs errands in a recording studio while attempting to launch his acting career, and uptight businessman Ted is about to lose his job. Back in school, the four old friends sang with Greg, who's just announced that he's about to get married on Long Island and wants to reunite the group to sing at his wedding. Meeting at the family beach house of the Zen-like Spooner for rehearsal, the guys even manage to convince Steven -- the lone "successful" member of the group -- to take a break from producing a reality show about Vanna White and drop by for the big event. Later, at Spooner's, the men and their significant others start to mingle as Steven and Michelle's 23-year-old Swedish nanny Elsa sends the men into a pre-mid-life panic. While it's anyone's guess as to how this wedding will turn out, by the time the long weekend is over, a bar fight, a playful skinny dipping session, a near-death experience, and an outrageous sex fantasy help the lifelong friends to both readjust their perspectives, and reevaluate their priorities.

Samrat Chakrabarti
as Will

Camilla Thorsson
as Elsa
View All

Critic Reviews for The Wedding Weekend

Audience Reviews for The Wedding Weekend

There are no featured audience reviews for The Wedding Weekend at this time.