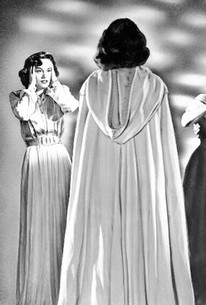 The Woman in White

The Woman in White Photos

The Woman in White attempts to translate the archaic prose of 19th century gothic-mystery writer Wilkie Collins to the medium of film. Gig Young plays a 19th century painter who, while en route to a country estate, encounters a strange, ethereal young lady (Eleanor Parker) who both begs his help and insists that he keep their meeting a secret. He will meet the girl again at several crucial junctures -- though she will fail to recognize him. The painter has unknowingly stumbled upon a scheme by the diabolical Count Fosco (Sydney Greenstreet) to claim an inheritance on behalf of a dissipated nobleman (John Emery); the plan involves a marriage of convenience to the hapless lady of the house (Alexis Smith), blackmail, hidden siblings, and the suppression of a dark family secret involving Fosco's neurotic wife (Agnes Moorehead). The full plotline is far too labyrinthine to go into detail here -- in fact, it can barely be followed in the film itself. While The Woman in White suffers from excess verbiage, the film is at its best in its shadowy, nocturnal "conspiracy" set pieces and in the scenes with timorous aristocrat John Abbott, to whom every raised voice is a threat to his fragile health. And keep an eye on Sidney Greenstreet's pet monkey, Iago, easily the most well-adjusted character in the film.

Critic Reviews for The Woman in White

There are no critic reviews yet for The Woman in White. Keep checking Rotten Tomatoes for updates!

Audience Reviews for The Woman in White

There are no featured audience reviews for The Woman in White at this time.

The Woman in White Quotes