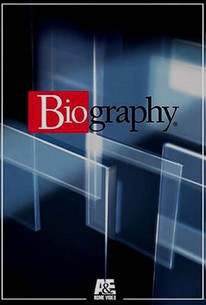 In 1948, at the age of 23, Truman Capote published his first novel, Other Voices, Other Rooms, and his lyrical but arresting style and compassionate approach toward bold subject matter immediately made him a literary celebrity. He began to enjoy commercial success with the best-seller Breakfast at Tiffany's and the "non-fiction novel" In Cold Blood, but in time he became better known as a socialite and nightlife habitué rather than for his writing, and he developed a tragic addiction to alcohol and drugs which helped claim his life. Biography: Truman Capote -- The Tiny Terror is a documentary about the author's life and work produced for the A&E television network, and features interviews with Capote and his close friends as they offer a perspective on his talent, his infamous barbed wit, and his struggles with addiction and writer's block. ~ Mark Deming, Rovi

There are no critic reviews yet for Truman Capote: The Tiny Terror. Keep checking Rotten Tomatoes for updates!

There are no featured audience reviews for Truman Capote: The Tiny Terror at this time.