U mong pa meung (The Outrage) 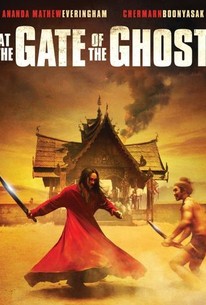 U mong pa meung (The Outrage)

In the wake of a heated murder trial, a young monk seeks refuge from a storm in a deserted burial tunnel, where a conversation with a poor man and a beggar reveals three distinctly different versions of the events leading up to the killing. A warlord has been murdered, and as the trial gets underway the testimonies of his wife, the bandit Singh Khan and a shaman with the power to call on the victim's spirit only serve to obscure the truth, rather than clarifying it. Deeply perplexed after hearing all of the testimonies, a young monk embarks on a journey to seek his father's counsel as a storm blows in. Fortunately for him, a nearby burial tunnel provides a place to rest until the storm has passed. In the process of seeking shelter, the monk crosses paths with a common man who also testified at the trial. Later, the two men are joined by an elderly beggar who engages them both in a heated discussion about the trial. Over the course of their conversation, the stories of the wife, the bandit, and the shaman are all recounted in great detail, revealing the personal agendas of all three. Later, as the stories draw to a close and the clouds begin to clear, the troubled young monk grows increasingly perplexed by the nature of the truth not only as it applies to the trial, but the very core of his belief system as well. Adapted from the classic Akira Kurosawa film Rashomon, At the Gate of the Ghost stars Mario Maurer, Ananda Everingham, Chermarn Boonyasak, and Phongpat Wachirabanjhor. ~ Jason Buchanan, Rovi

Critic Reviews for U mong pa meung (The Outrage)

There are no critic reviews yet for U mong pa meung (The Outrage). Keep checking Rotten Tomatoes for updates!

Audience Reviews for U mong pa meung (The Outrage)

There are no featured audience reviews for U mong pa meung (The Outrage) at this time.