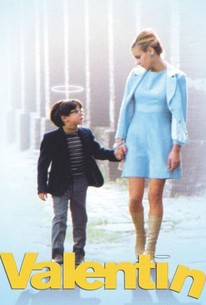 Venerable Argentinian filmmaker Alejandro Agresti turns his lens to his own childhood in this nostalgic coming-of-age tale. Set in the director's hometown of Buenos Aires circa 1964, Valentin centers around its title character (and ostensible stand-in for the director), a nine-year-old boy (Rodrigo Noya) whose feuding parents have left him to be raised by his sage, eccentric grandmother (Carmen Maura). With his father (Agresti) visiting only occasionally, Valentin is left to look to the other men in the neighborhood for father figures, and to replace his absent mother, he warms to Leticia (Julieta Cardinali), one of his father's many short-term girlfriends. When he tells her personal secrets about his father, however, Valentin jeopardizes their relationship.

Lorenzo Quinteros
as Man in the Bar

Fabián Vena
as Bernardo
View All

There are no critic reviews yet for Valentin. Keep checking Rotten Tomatoes for updates!

There are no featured audience reviews for Valentin at this time.