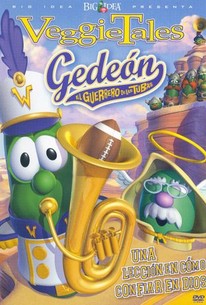 In this Veggie Tales installment based on the Biblical story of Gideon, Bob, Larry, and all of their farm-grown friends are forced to defend their garden against an undefeated army of over 30,000 warrior pickles. With an army comprised of only six carrots and six peas, Gideon faces almost certain defeat. But there's more to fighting a war than pure might alone, so there may be hope for the peace-loving vegetable pals after all. As an added bonus, Archibald Asparagus stars as George Muller in a story that shows just how far a little faith can go in times of need.

There are no critic reviews yet for VeggieTales. Keep checking Rotten Tomatoes for updates!

There are no featured audience reviews for VeggieTales at this time.