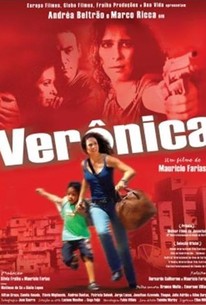 A woman bonds with a young boy after they're unwittingly tied into a capital crime in this thriller from Brazilian filmmaker Mauricio Farias. Veronica (Andrea Beltrao) is an elementary school teacher who has a short temper and little patience for mischief among her students. Veronica is less than pleased when one of the boys in her class needs to be escorted home after school, but she grudging agrees to help him out. However, both Veronica and the boy are shocked by what they find when they get home -- the child's parents have been murdered by members of a gang involved in drug dealing, and it's clear they'll kill the boy too if they ever find him. Veronica and the boy go on the run, and she appeals to her former husband, who was once a police officer, for help. But Veronica discovers her ex has gone over to the other side of the law, putting both her and the boy in even greater danger. Veronica received its North American premiere at the 2009 Miami International Film Festival. ~ Mark Deming, Rovi

There are no featured audience reviews for Verônica (Veronica) at this time.