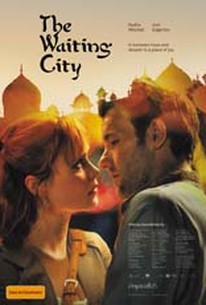 A couple eager to adopt a child find their relationship might not last long enough for them to get their new daughter in this drama from writer and director Claire McCarthy. Fiona (Radha Mitchell) and Ben (Joel Edgerton) are a couple from Australia -- she's a successful, self-starting lawyer while he's a relaxed, easy-going musician. Fiona and Ben want to adopt a child, and have traveled to India for what they imagine will be a quick and simple process. However, once they arrive in Calcutta they learn that little happens quickly in India, and for all the promises that has been made, completing the final stages of the adoption process is more complicated than they ever imagined. While Fiona stays in touch with her clients at home via the internet and deals with the legal red tape that's slowing down the adoption, Ben finds himself wandering the streets of Calcutta and adjusting to the rhythms of the city. The stress of the waiting period seems to reinforce the differences between Fiona and Ben, and tension begins to grow into anger and resentment; adding to Ben's dissatisfaction is his budding friendship with Scarlett (Isabel Lucas), an attractive fellow visitor who seems more compatible with his attitudes than his wife. The Waiting City was an official selection at the 2009 Toronto International Film Festival. ~ Mark Deming, Rovi

Critic Reviews for The Waiting City

Audience Reviews for The Waiting City