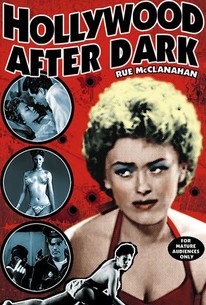 Walk the Angry Beach (Hollywood After Dark) (The Unholy Choice)

While she chooses to ignores such matters on her official resume, actress Rue McClanahan (Maude, Golden Girls) made many of her earliest film appearances in shlocky exploitationers. In one of these epics, Rue portrayed "Poochie, the girl from the shack." In Hollywood After Dark, our heroine plays a starry-eyed starlet hoping to find success in Tinseltown. Instead, she learns the intrigues of the casting couch and spends a great deal of her time in her underwear. Filmed in 1965, Hollywood After Dark didn't make it to theatres for nearly three years.

There are no critic reviews yet for Walk the Angry Beach (Hollywood After Dark) (The Unholy Choice). Keep checking Rotten Tomatoes for updates!

There are no featured audience reviews for Walk the Angry Beach (Hollywood After Dark) (The Unholy Choice) at this time.