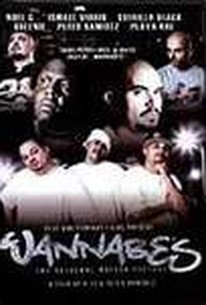 The Rap Click Gang has a name but nothing else, not even talent or songs. When the group's leader, Money (Peter Ramirez), hears of a radio station contest with a recording contract as a prize, he swipes a rival group's song and submits it as his own. Now, that group's front man (Noel Gugliemi) is out for a little payback. Ismael Vidrio and Queenie co-star in this comedy about the quest for fame.

There are no critic reviews yet for Wannabes. Keep checking Rotten Tomatoes for updates!

There are no featured audience reviews for Wannabes at this time.