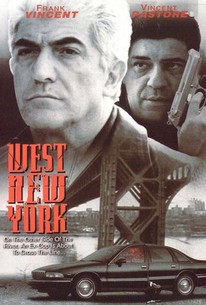 An ex-cop finds himself on the outs with both sides of the law in this drama. Tom Coletti (Frank Vincent) is a former police officer whose addiction to alcohol cost him his career and his marriage. Hoping to regain his self-respect and the love of his daughter Diane (Gloria Darpino), Tom gets a new job overseeing the destruction of corporate bonds issued on a New Jersey bank. Tom can use some money, and Diane is desperate to get away from her abusive husband, so Tom comes up with the idea of pocketing a small number of the bonds before they're burned and having a friend from the neighborhood sell them to an interested buyer. However, when members of the local syndicate get wind of this, they're angry that they haven't been given a share of the action, and Tom's middleman winds up dead. Tom is now targeted both by the customer who wanted the bonds and the angry mobsters and must turn to his former partner Jimmy (Gian DiDonna) for protection. Also known as Paperblood, West New York marked the feature debut for director Phil Gallo; he also wrote the screenplay, edited the film, and composed the original score.

There are no featured audience reviews for West New York at this time.