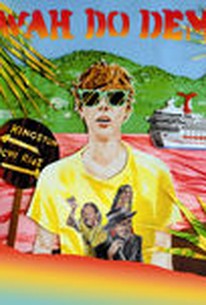 What They Do Ratings & Reviews Explanation

What They Do Photos

A man convinced he's cooler than those around him finds out just how little he knows during a disastrous Caribbean holiday in this independent comedy drama from writers and directors Sam Fleischner and Ben Chace. Max (Sean Bones) is a good-natured but immature hipster living in Brooklyn, NY. Max is the lucky winner of a free vacation in Jamaica, including transportation on an ocean liner, but a few days before he's due to set sail, his girlfriend, Willow (Norah Jones), breaks up with him and none of his friends are able to make the trip on such short notice. Max ends up going stag, feeling like a fish out of water among the elderly retirees on board the cruise ship, and he has a hard time bonding with the only other single guy on board (Kevin Bewersdorf). Once the ship docks in Jamaica, Max decides to split off from the tour group and see the "real" side of the island, but after being befriended by a pair of Rastafarians with access to a private beach, Max realizes he's been conned and is left in the middle of nowhere with no money, no ID, nothing to wear but his swim trunks, and the unmistakable look of a tourist out of his element. Wah Do Dem (aka What They Do) received its world premiere at the 2009 Los Angeles Film Festival, where it received a jury prize for Best Narrative Feature.

Critic Reviews for What They Do

There are no critic reviews yet for What They Do. Keep checking Rotten Tomatoes for updates!

Audience Reviews for What They Do

There are no featured audience reviews for What They Do at this time.

What They Do Quotes