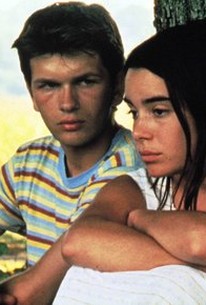 This is a nostalgic French coming-of-age drama from director Andre Techine set in a Provence deeply divided over the war for independence being waged against French colonialism in Algeria. In 1962, Francois (Gael Morel) and Maite (Elodie Bouchez) are best friends and students at a boarding school in southwestern France, where Maite's mother Madame Alvarez (Michele Moretti) is an instructor. Francois is realizing he's gay because of his attraction to his working class roommate Serge (Stephane Rideau). Although Serge seduces Francois one night, he is not gay and is actually attracted to Maite. So is Henri (Frederic Gorny), a radically-politicized Algerian-born Frenchman who supports France in the war, an unpopular position, particularly with Madame Alvarez, a communist. The classroom sparring between Henri and Alvarez galvanizes the school, but then word comes that Serge's older brother has been killed in the war. Madame Alvarez, who loved him but refused to help him desert the military, becomes so unhinged that she must be sent away for treatment. Wild Reeds (1994) won four Cesars (France's equivalent of the Oscar), including the award for that year's Best Picture, beating such other notable films as Red (1994) and Queen Margot (1994).

Laurent Groulout
as The Photographer

Elodie Soulinhac
as Girl at Party

There are no featured audience reviews for Wild Reeds (Les Roseaux Sauvages) at this time.