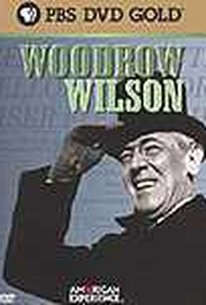 American Experience: Woodrow Wilson -- A Passionate Man follows the development of Woodrow Wilson from his birth in Staunton, VA, in 1857, till the death of his first wife, Ellen Axson, in 1915. Wilson's father, a Presbyterian minister, instilled a sense of mission and righteousness in young Tommy. Still unable to read at ten, Wilson taught himself shorthand, and improved his studies. Eventually he was accepted at Princeton, and during advanced studies at John Hopkins University, he became interested in politics and history. He married Ellen Axson in 1885, became a professor, and returned to Princeton in 1890. By 1902, he had become the university's president, though the stress of the position damaged his already delicate health. In 1906, Wilson was diagnosed with high blood pressure. A doctor recommended retirement, but after much soul-searching, he ignored the doctor's advice. By 1910, he had been nominated, and then elected, governor of New Jersey. After Democrats nominated Wilson for president in 1912, he defeated a split Republican Party with 42 percent of the popular vote. While his administration's early reforms were impressive, 1915 brought the death of his wife and the beginning of World War I in Europe. Woodrow Wilson offers a complete portrait of the 28th president, including historical film footage and commentary by historians.

There are no critic reviews yet for American Experience. Keep checking Rotten Tomatoes for updates!

There are no featured audience reviews for American Experience at this time.