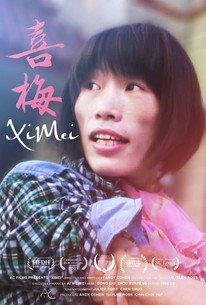 The movie doesn't seem to be playing near you.

Go back
Enter your location to see showtimes near you.
View All Theaters & Showtimes

Ximei is a young peasant woman from rural China's Henan Province who contracted AIDS during the government-sanctioned "Black Blood Economy." In the late 1990s, the Chinese government encouraged impoverished villagers to sell their blood plasma for money, literally bleeding people for profit. Blood donors as well as recipients were infected with HIV from contaminated equipment, sparking a full-blown epidemic that affected an estimated 300,000 people, followed by a scandalous cover-up. Even as local officials try to terrorize Ximei into silence and close down her halfway house for AIDS victims, she single-handedly fights for these victims to overcome social and legal discrimination and receive proper medication. Her courageous actions and fiery character transform the tragedy of Henan's HIV-infected outcasts into lives of hope and dignity.

There are no featured audience reviews for Ximei at this time.