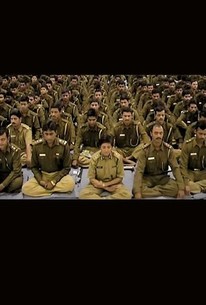 Australian documentarian Megan Doneman follows controversial Indian athlete-turned-law enforcer Kiran Bedi though the professional peaks and valleys that helped to cement her reputation as an iconic proponent of change and reform to some, and a contentious challenger to the comfortable status quo to others. Bedi was one of four sisters, each of whom had been raised to be well educated and independent. A former professional athlete, her interest in social issues prompted Bedi to join the Indian Police Force. As the first woman to do so, she nearly had to go to court in order to obtain her position. Everyone always knew that Bedi was a woman who marched to her own beat, but when she single-handedly fought back three thousand sword-wielding Sikh militants with a wooden stick during the Punjab separatist riots, no one doubted her dedication to the job. But that dedication didn't set well with either the local politicians or the traditionally male Indian police force, and as a result Bedi was assigned a series of decidedly unglamorous postings designed to slowly sweep her out of the spotlight. That plan backfired, however, when after being placed in charge of the overcrowded and notoriously corrupt Tihar Jail, Bedi garnered international acclaim for establishing literacy, medical, spiritual, and educational programs for the inmates. For her efforts, Bedi's jealous superiors attempted to blacken her name by transferring her to the failing Police Training Academy. But once again they had underestimated her overwhelming drive to succeed, and before long Bedi had transformed the allegedly corrupt academy into a respected police training institution. Whether one views Bedi as a heroic revolutionary or a self-absorbed publicity hound, it's difficult to deny that she's always up for a good challenge. ~ Jason Buchanan, Rovi

There are no featured audience reviews for Yes Madam, Sir at this time.