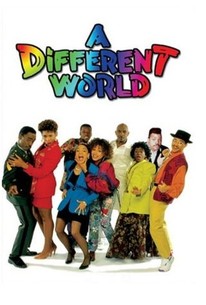 Even though Dwayne (Kadeem Hardison) and Whitley (Jasmine Guy) are on the verge of getting back together, Dwayne may mess up the reconciliation by dwelling on the past. Elsewhere, Ron (Darryl M. Bell) disses homeless people in history class, only to be forced to eat his words when he meets Ray Nay (Lee Weaver), a shabby street person who'd once been a successful entrepreneur. Featured in a small role is Michael Ralph, in the first of several nondescript Different World assignments before he settled into the part of Kim's (Charnele Brown) boyfriend Spencer Boyer.