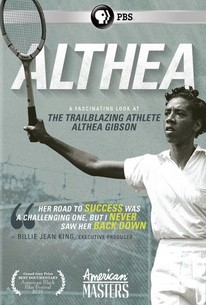 This documentary, which originally aired on PBS, is about Althea Gibson, one of the greatest female tennis players of all time and a pioneer for African-American athletes. Althea tells Gibson's story, spanning from her youth in South Carolina and on the streets of Harlem to her historic Wimbledon titles in 1957 and 1958. 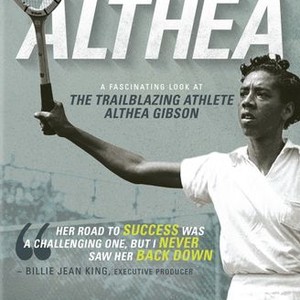