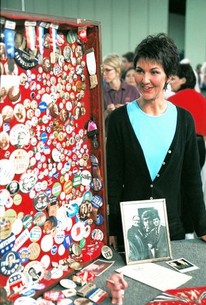 Political memorabilia is featured. Included: campaign buttons; a 1976 court affidavit from Jimmy Carter to Maine officials, asking that they reverse their decision to list him on the ballot as James Earl Carter; an heirloom desk and chair used in the U.S. House of Representatives during the 1800s; and signed photos of presidents John F. Kennedy and Lyndon B. Johnson. 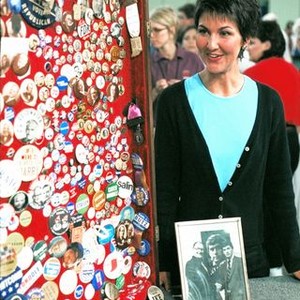