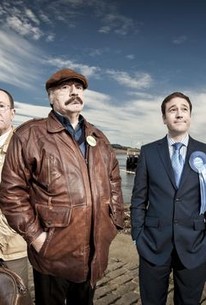 Comedy series originating from the bestselling Bob Servant books and the BBC Radio Scotland comedy, The Bob Servant Emails, about a man seeking political office. Looking for a campaign boost, Bob courts both the religious vote and the women of Broughty Ferry in a daring twin attack. Can he find himself a girlfriend and turn around his faltering campaign? A romantic date brings unexpected danger.