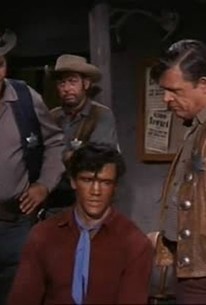 Sheriff Austin (Pat Hingle) of Stillwater jails Candy on the basis of highly suspicious eyewitness testimony. Not only does Austin refuse to tell Candy that he's suspected of robbery and murder, but he also refuses to inform the Cartwrights of their top hand's whereabouts. Why is the Sheriff behaving in this fashion, and how long will it be before the situation devolves into tragedy? Strother Martin appears as Lonnie, while Jackie Gleason Show semi-regular Frank Marth is seen as Barnum. Written by Preston Wood, "The Silence at Stillwater" originally aired on September 28, 1969. 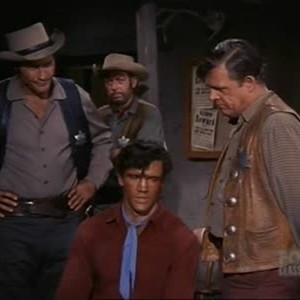