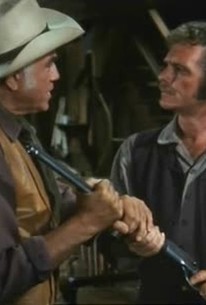 Anatomy of a Lynching
Bonanza Season 11

When Will Griner (Walter Barnes) is acquitted of murder, the angry townsfolk, convinced that the trial was rigged in Will's favor, organize a lynch mob. It is up to the Cartwrights, Candy, and Sherriff Coffee to protect Will throughout a long and violent night. Meanwhile, Ben quietly re-opens the murder case to see if, indeed, Will was as guilty as the townspeople claim. The supporting cast includes Guy Stockwell as John Degnan, Ellen Weston as Louise Thurston, Ted Gehring as Jim, Stacy Harris as Teague, Tyler McVey as Al, and Mills Watson as Pete. Written by Preston Wood, "Anatomy of a Lynching" was initially telecast on October 12, 1969.

Anatomy of a Lynching Photos 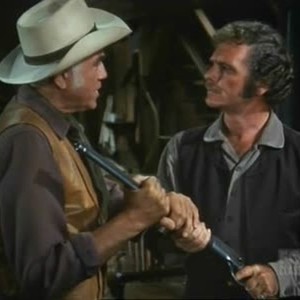