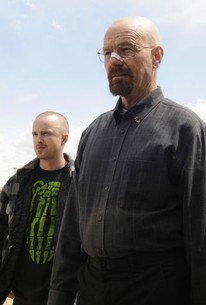 Flash ahead to Walter's 52nd birthday: he's at a Denny's, disheveled, hair and beard unkempt, using a false name and a New Hampshire driver's license, paying a guy for a car with weapons in the trunk. Back to the immediate aftermath of Gus's death: Skyler is dazed at Walt's murderous success, Walt and Jesse make peace, and Hank visits the burned-out lab. Walt remembers the surveillance cameras Gus used at the lab, so they turn to an angry Mike for help. Can they get rid of the digital evidence in police custody? Is hubris going to trip up Walt? 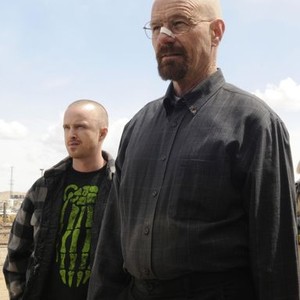