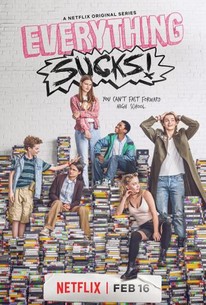 News & Interviews for Everything Sucks!

View All Everything Sucks! News