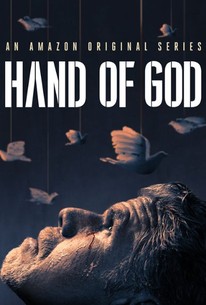 Inside Voice
Hand of God Season 1

Pernell follows his visions in hopes of learning who raped Jocelyn, which he believes will bring his son out of his coma. In other events, Mayor Bobo faces the Brooks Innovations team after a questionable verdict involving KD; and PJ's best friend, Josh, and his wife recruit a well-known attorney to defend taking PJ off life support.