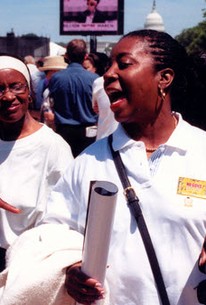 Produced by documentary filmmaker Thom Powers, Guns & Mothers offers two diametrically opposed positions on the issue of gun control. Frances Davis of Crown Height, Brooklyn, has lost three sons to gun violence and is the founder of the anti-weapons organization Mothers of All Children. Maria Heil of rural Pennsylvania, the mother of four children, staunchly advocates the right to bear arms in her official capacity as spokesperson for the Second Amendment Sisters. Galvanized by the Million Mom March of Mother's Day, 2000, both Davis and Heil embark upon separate crusades to preach their own individual philosophies. Though the women and their causes are different as night and day, they are united by one inescapable truth: The future of Gun Control in America will rest in the hand's of the country's mothers. Producer Powers strives to give both sides equal time onscreen, but this is hardly a fair and balanced view of the subject (not that the filmmaker's point-of-view diminishes the impact of the film in the slightest). Guns & Mothers premiered as an episode of the PBS anthology Independent Lens. 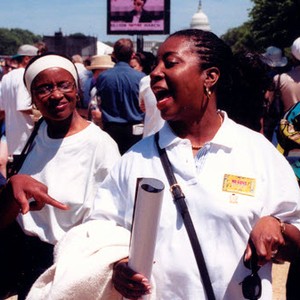