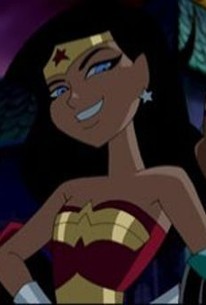 It's the Justice League vs. the sinister Arthurian trickster Mordred, who has succeeded in banishing all adults from the world. In order to thwart the bad guy, four of the Leaguers -- Superman, Batman, Wonder Woman, and Green Lantern -- must transform themselves into eight-year-olds! Listen for Dakota Fanning as the voice of Kid Wonder Woman. "Kid Stuff" was released together with two other Justice League Unlimited episodes, "Initation" and "Hawk and Dove," in the 2005 DVD collection Justice League Unlimited: Saving the World. 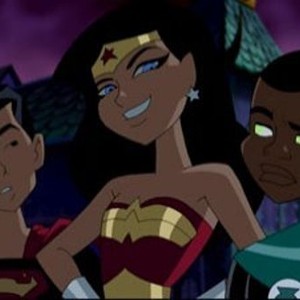