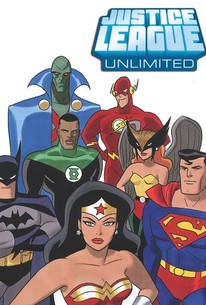 Wonder Woman's latest assignment is to prevent a war in the country of Kaznia between two hostile factions -- a battle fomented by the sinister Ares. In this pursuit, Wonder Woman finds herself with two unlikely allies: A pair of brothers, one warlike, the other a committed pacifist (their voices provided by former Wonder Years co-stars Fred Savage and Jason Harvey). "Hawk and Dove" was released together with two other Justice League Unlimited episodes, "Initation" and "Kid Stuff," in the 2005 DVD collection Justice League Unlimited: Saving the World.