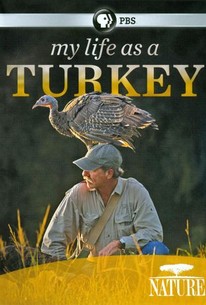 My Life as a Turkey
Nature Season 30

Based on a true story, this way-offbeat documentary - an episode of PBS's Nature series -- concerns Joe Hutto, a Floridian naturalist and wildlife artist who harbors a long-term desire to learn as much as possible about the "secret world" of wild turkeys. To realize this goal, he decides to have turkey poults (or chicks) "imprint" on him - a controversial process where an animal is raised by a human and begins to think of itself as a human, actually failing to recognize its own species. Unfortunately, obtaining wild turkey eggs is far more difficult than it initially seems. Joe nearly gives up, until a good samaritan leaves a bowl of 16 non-incubated eggs on his doorstep. Hutto takes advantage of the opportunity by purchasing an incubator and raising the poults himself, determined to become their surrogate mother. The film, comprised largely of reenactments, depicts Hutto's experiences with the young chicks - from his days talking with them before they hatched, to the various phases of the bond that developed between man and bird - one so strong that Hutto eventually acquired an intimate understanding of the turkeys' language and behavior. The naturalist's diary became a popular book entitled Illumination in the Flatwoods, prior to its incarnation as this television film.

J.B. Hutto
as Himself

My Life as a Turkey Photos 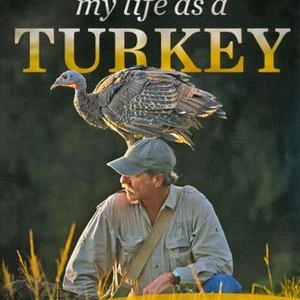