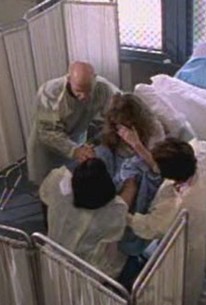 The Blizzard of Oz
Oz Season 4

A snowstorm rages outside the prison. Cyril (Scott William Winters) recovers from the effects of the aging drug, but the prison is sued, and Dr. Nathan (Lauren Velez) faces a malpractice hearing. O'Reily (Dean Winters) gets a visit from Suzanne Fitzgerald (Betty Buckley), who claims to be his real mother. His father (Kevin Conway) says she's a liar, which makes O'Reily think she's telling the truth. Howell (Kristin Rohde) harasses Cyril, and he attacks her. Basil (Lance Reddick) warns Glynn (Ernie Hudson) about Hughes' (Seth Gilliam) erratic behavior. On the eve of his wedding, Busmalis (Tom Mardirosian) asks Rebadow (George Morfogen) for sex advice, admitting that he's a virgin. The wedding plans hit a snag when the bride doesn't show up. Timmy Kirk (Sean Dugan), a follower of Cloutier (Luke Perry), has a prisoner who's converting to Catholicism beaten up. Father Ray (B.D. Wong) and Cloutier attempt to work out there differences, holding an ecumenical service. Schillinger (J.K. Simmons) tells Carrie (Jenna Lamia) that Hank is dead, just before she goes into labor. Beecher (Lee Tergesen) is visited by prisoners' rights advocate Catherine McClain (Sandra Purpuro), who tells him she's going to try to get him paroled. Beecher's parole plans are jeopardized when he gets into a scuffle with his homophobic new cellmate, Colonel Edward Galson (John Doman). Vayhue (Rick Fox) has developed a tolerance for snorting heroin, so he starts injecting it. Hill (Harold Perrineau Jr.) blames Redding (Anthony Chisholm) for his life of crime, and tells Glynn about Redding's murderous plans. Giles (Austin Pendleton) decides on his method of execution -- stoning -- which gums up the works, and inspires Deyell (Erik King) to try to slow his own execution. Tidd (Jacques Smith) is making converts to Islam, and sacrifices himself to foil a skinhead plan to kill Said (Eamon Walker).

The Blizzard of Oz Photos 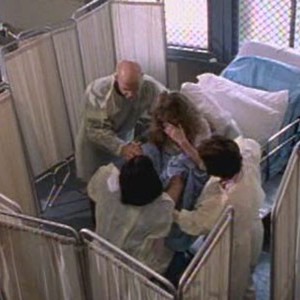