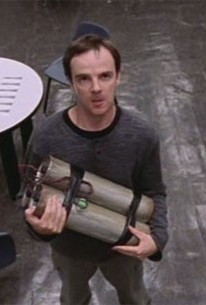 Hill (Harold Perrineau Jr.) is on the outs with Redding (Anthony Chisholm) and his crew, and feels that his life is in danger. Supreme Allah (Lord Jamar) is still trying to get Hill to kill Redding. After stopping Supreme from doing the job himself, Hill says he'll do it, but ends up helping Redding kill Supreme instead. Redding asks Galson (John Doman) to kill Morales (David Zayas), who turns out to be pretty resilient. Kirk (Sean Dugan) hatches a complex plot to get revenge on Cloutier (Luke Perry). Hughes (Seth Gilliam) takes over the solitary unit, and tries to kill Glynn (Ernie Hudson), but another inmate, Pender (musician/actor John Lurie) saves the warden. Glynn, disheartened, decides to quit, but Floria (Dena Atlantic) throws away his resignation letter. Murphy (Robert Clohessy) agrees to play with McManus (Terry Kinney) in the last game of the hoops tournament, but they can't keep up with Vayhue (Rick Fox). White (Michael Wright), having decided that McManus is his friend, hyperactively pesters him all day long. When Guerra (Otto Sanchez) mocks McManus for his unsuccessful appearance on "Up Your Ante" (with celebrity teammate Robert Iler of The Sopranos), White goes nuts and kills another inmate. Schillinger (J.K. Simmons) finds out that Beecher (Lee Tergesen) is up for parole, and vows to stop him from leaving Oz, while Said (Eamon Walker) is just as determined to protect Beecher. Beecher tells Said to accept that Simon Adebisi is a part of him, and Said listens. McCain (Sandra Purpuro) gives Beecher a kiss for good luck before his hearing. Cyril (Scott William Winters) returns to Em City, and a conscience-stricken O'Reily tries to convince Connelly (Brian F. O'Byrne) to abandon his plan to blow up the unit. 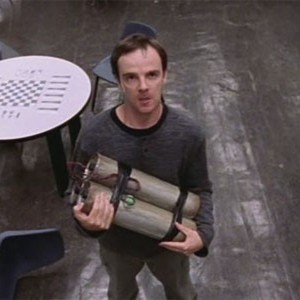