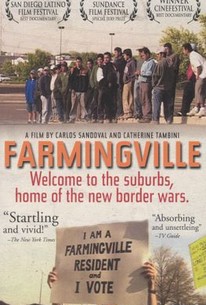 Carlos Sandoval and Catherine Tambini direct Farmingville, a documentary about a suburban community torn apart by illegal immigration. In 2000, a conflict erupted resulting in the deaths of two Mexican workers at the hands of white men. The next year, Sandoval -- a former New York lawyer with no filmmaking experience -- moved to the Farmingville area of Long Island to make the film. He and Tambini attempt to present both sides of the issue in order to make a balanced argument. Farmingville is home to both wealthy home owners and immigrant day laborers, and each side has its share of activists. Farmingville was part of the documentary competition at the Sundance Film Festival before receiving a broadcast premiere on the PBS series P.O.V. 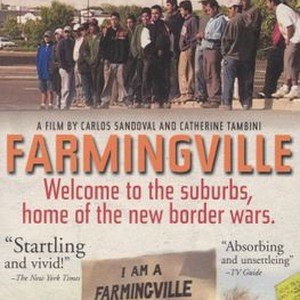