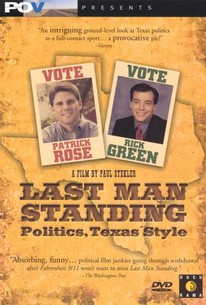 Onetime political consultant Paul Stekler directed this documentary on a heated battle for a state representative's seat. In Texas, a state with a long history of voting in GOP candidates, Rick Green seems a sure thing to be elected as a staunch conservative who declares himself "raised on Rush Limbaugh." However, a minor scandal over financial matters threatens to derail Green's campaign as his young Democratic challenger, Patrick Rose, begins showing real strength in local public-opinion polls. Last Man Standing looks at the Green versus Rose race, as well as the machinery behind modern elections; the film includes interviews with Texas journalist Molly Ivins and White House advisor Karl Rove. 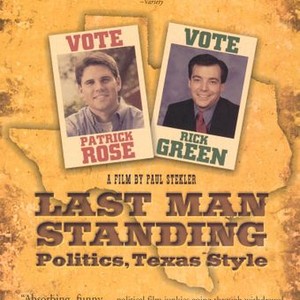