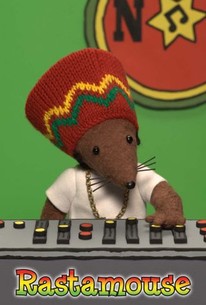 Stop-motion series featuring Rastamouse, Scratchy and Zoomer, crime-fighting special agents who solve mysteries and play in a reggae band. Wensley Dale is releasing a charity record to pay for a new boom box for the orphans. Da Easy Crew have composed a new song for the record, but there's one big problem. The president doesn't like it one bit! Yet when Rastamouse, Scratchy and Zoomer play their tune on For Real FM, all the listeners love it! Can the Easy Crew solve this musical mystery in time to release their charity tune or will the orphans have to go without a new stereo boom box?