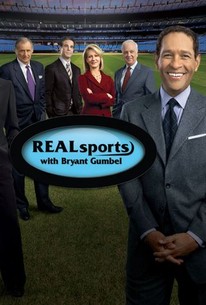 An interview with Penn State's Joe Paterno on the verge of surpassing Paul "Bear" Bryant as the winningest coach in major college football history; the story of 1964 Olympic gold medalist and ex-NFL star Bob Hayes and his battles with drug and alcohol addiction and cancer; an investigation into alleged sexual misconduct by high-school coaches. Commentators include Derek McGinty, Lesley Visser and Amani Martin.