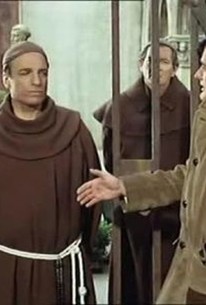 The Monks of St. Thomas Affair
The Man From U.N.C.L.E. Season 3

Acting upon a clue in a broken liquor bottle, UNCLE agents Solo and Illya investigate possible skullduggery at a Swiss monastery. It turns out that the ancient structure is being used by THRUSH agent Abbott Simon (David J. Peter) as the construction site for a laser gun aimed at the Louvre. This week's innocent bystander is Andrea Fouchet, played by ubiquitous 1960s starlet Celeste Yarnall); also in the cast as Brother Paulus is Iggie Wolfington, who created the role of Marcellus Washburn in the original Broadway production of +The Music Man. Written by Sheldon Stark, "The Monks of St. Thomas Affair" originally aired on October 14, 1966. 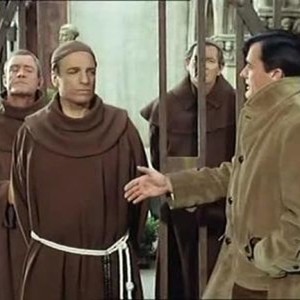