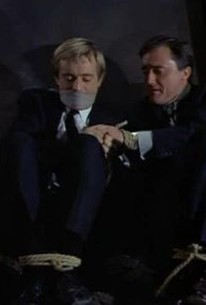 The Pieces of Fate Affair
The Man From U.N.C.L.E. Season 3

Sharon Farrell stars as novice author Jacqueline Midcult, whose best-selling novel inexplicably contains secret U.N.C.L.E. and T.H.R.U.S.H. information, apparently gleaned from stolen T.H.R.U.S.H. diaries. Suffering from amnesia, Jacqueline is spirited away by U.N.C.L.E. agents Solo and Illya to her Midwestern hometown in an effort to unlock her memory. Meanwhile, T.H.R.U.S.H. operatives Judith Merle (Grayson Hall) and Ellipsis Zark (Theo Marcuse) likewise show up in town, equally anxious to pick Jacqueline's brain -- even if means killing her in the process. Originally telecast on February 24, 1967, "The Pieces of Fate Affair" was scripted by Harlan Ellison, from a story by Ellison and Dale Yudoff. It was initially withdrawn from the Man From U.N.C.L.E. syndicated package because Ellison capriciously used the names of several friends for his characters; unfortunately, one of those friends sued. The episode would not again see the light of day until 1985, when Man From U.N.C.L.E. was rebroadcast over the CBN cable service.

The Pieces of Fate Affair Photos 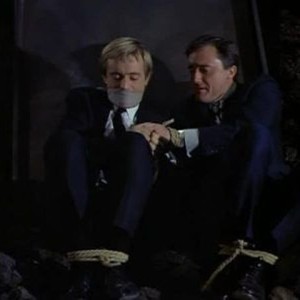