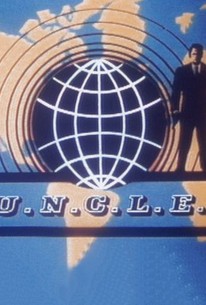 The When in Rome Affair
The Man From U.N.C.L.E. Season 3

Julie Sommars, who rose to stardom as damsel-in-distress Mimi Doolittle in the 1965 Man From U.N.C.L.E. episode "The Foxes and Hounds Affair," essays a similar role in the March 17, 1967, installment "The When in Roma Affair." The humdrum existence of American tourist Darlene Sims (Sommars) is considerably enlived when, while vacationing in Italy, she becomes the unwitting courier of a perfume atomizer containing a top-secret formula. Assigned to steal the formula -- and, if necessary, to kill Darlene -- charming T.H.R.U.S.H. agent Cesare Guardia (Cesare Danova) gums up the works by falling in love with the girl. First shown on March 17, 1967, "The When in Roma Affair" was written by Gloria Elmore.