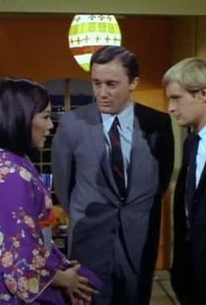 The Five Daughters Affair
The Man From U.N.C.L.E. Season 3

In the concluding episode of a two-part story, Solo and Illya have managed to track down four of the five daughters of a murdered scientist who developed a formula for extracting gold from sea water. Each of the ladies possess a single component of that formula, and as a result are as closely scrutinized by T.H.R.U.S.H. as by U.N.C.L.E. Catching up with the heroes, T.H.R.U.S.H. agent Randolph (Herbert Lom) arranges a death trap for Solo, Illya, and youngest daughter, Sandy True (Kim Darby). Managing to escape their bonds, the dauntless trio resume their search for the elusive fifth daughter -- and the all-important final component. Scripted by Norman Hudis from a story by Boris Ingster, "The Five Daughters Affair, Pt. 2" originally aired on April 7, 1967. The following year, parts one and two were edited together as the theatrical feature The Karate Killers. 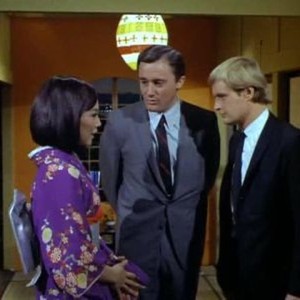