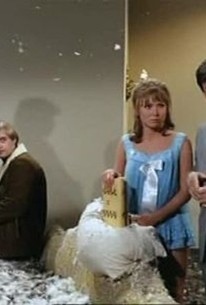 The Cap and Gown Affair
The Man From U.N.C.L.E. Season 3

Mr. Waverly goes to his alma mater to accept an honorary degree, with U.N.C.L.E. agents Solo and Illya providing security. Meanwhile, T.H.R.U.S.H. is fomenting a student riot on campus, spearheaded by hired agitator Gregory Haymish (Zalman King). Things reach the crisis stage when T.H.R.U.S.H. operative Trumble (Larry D. Mann) substitutes a lookalike for Dean Swight (Henry Jones)-a lookalike programmed to kill Waverly. Essential ingredients to the action include a demonic teaching machine which doles out death as a failing grade. Also appearing is Carole Shelyne as the dean's daughter, Minerva. Written by Stanford Sherman, "The Cap and Gown Affair" originally aired on April 14, 1967, as the final episode of The Man From U.N.C.L.E.'s third season.

The Cap and Gown Affair Photos 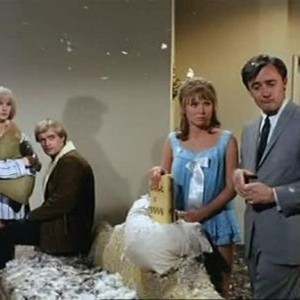