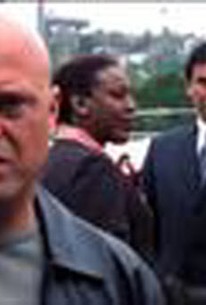 Mackey (Michael Chiklis) and the Strike Team bust some thugs that recently joined Armadillo's (Danny Pino) gang, and leave the team's calling card as a message. Armadillo responds by torching Tio's (Cedric Pendleton) drug crib, and leaves a dead pig at the scene with Mackey's card. Mackey tries to bully Claudette (C.C.H. Pounder) off the arson case, but Aceveda (Benito Martinez) tells them to work together. Claudette soon finds out that Tio is registered as one of Mackey's informants. She also finds a safe in the burned-out building, which contains Tio's cash and coded ledgers. Danny (Catherine Dent) and Julien (Michael Jace) investigate a complaint that a woman makes against her Syrian neighbor (Veena Bidasha), whom she accuses of being a terrorist. Dutch (Jay Karnes) takes Lanie (Lucinda Jenney) along as he investigates the shooting of a meter maid. Claudette finds the ledgers and questions Tio about who the person listed as "landlord" is. Tio's been coached, but Claudette starts to suspect what Mackey's up to. Mackey has Tio's boys burn down one of Armadillo's gangs buildings. While Claudette goes to investigate that arson, Mackey and Aceveda cut Tio loose. The dispute with the Arab neighbor turns violent, and Armadillo commits another murder, pushing Mackey over the edge. This episode was directed by John Badham (Saturday Night Fever). 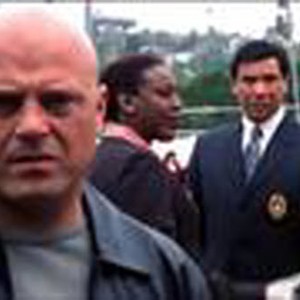