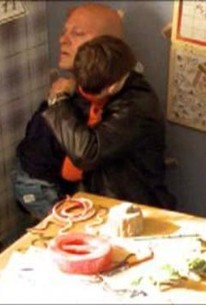 After seeing the auditor's report on the Barn, Chief Bankston (Ron Canada) tells Aceveda (Benito Martinez) he wants the unit cut by 20 percent, and he wants Aceveda to give him a list of names by the end of the day, so Aceveda is forced to neglect his city council campaign with the primary looming. Julien (Michael Jace) unwisely takes his "sexual reorientation" sponsor to see Tomas (Brent Roam), which results in an assault, Tomas' arrest, and his outing of Julien in front of some unsympathetic uniforms. Danny (Catherine Dent) tries to defend Julien, but the homophobic cops start to harass him. Mackey (Michael Chiklis) is getting skittish about the money train because the Armenians are changing their routine. Mackey pays a visit to Corrine (Cathy Cahlin Ryan) that ends badly when he learns she's changed the locks on the house. He and Shane (Walton Goggins) help Dutch (Jay Karnes) and Claudette (CCH Pounder) investigate the disappearance of a teenage boy, which Dutch links to the kidnappings, rapes, and murders of two other local teens. Mackey works closely with the boy's father (Roy Fegan), who turns out to know much less about his son's life than he thinks he does. Claudette gets into another fracas with Mackey as she ponders Bankston's offer to let her run the Barn after Aceveda resigns. 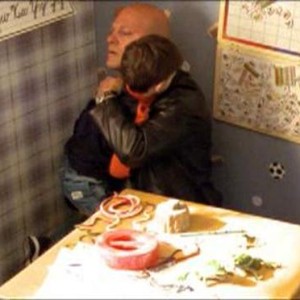